Dressage is a French term, which translates to "training" and it is often referred to Horse Ballet. The purpose of dressage is to develop a horse's natural athletic ability and willingness to perform. It is the foundation from which all of the riding disciplines within Pony Club evolve. 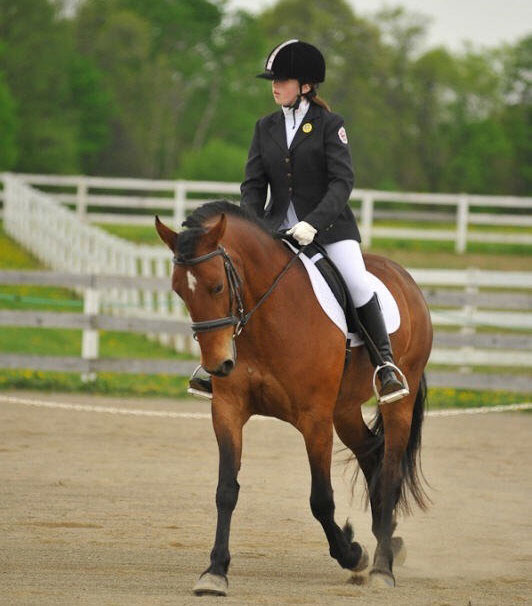 Dressage within the Pony Club is offered as a separate discipline and as part of other disciplines like Rally. Competitions are typically held at the Regional level and also offered at the National Level for the Regional qualifiers.

In a competition, technical tests are ridden in either a 20x40m or 20x60m dressage ring with letters assigned to positions around the arena to specify where movements are to be performed.

Movements within the test outline the specific elements and where they are to be performed in relation to the letters in the ring. Each movement is marked out of a base 10 points with some movements having a coefficient of 2 or more meaning they are worth double the points (if the coefficient is 2).

Collective marks for the pony/horse's gaits, rider's ability, suppleness, etc. are also awarded and typically coefficients are applied to most of these marks. The final marks are totaled up and divided by the possible marks for the test resulting in a percentage mark for the test.