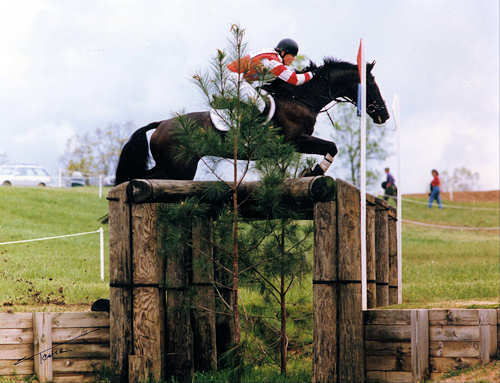 I have given numerous Clinics for Pony Club in BC and Ontario and was an Instructor/Testor at Pony Club Camps.

How Pony Club contributed to my success:

Pony Club was the main horse organization to belong to in 1981, and when our barn instructor, Carol Webster, told me to join, I did. As I began lessons with Lynne (Owen) Larsen, we just naturally continued with Pony Club. Looking back, I realize how incredibly lucky I was that I joined, because I learned so much from it. I made friends through my years in Pony Club that I still continue to cherish, as well as share our love of horses together.

Pony Club gave me the Stable Management foundation that allowed me to develop and maintain International level competition horses, while keeping them fit and sound. Sadly, with the early specializing we see today, so many young riders are not getting a strong enough horse care and management education. I credit Pony Club for my strong intuitive and intrinsic horse sense and attentiveness to detail with Stable Management. After all, it's in the barn that great horses are made!