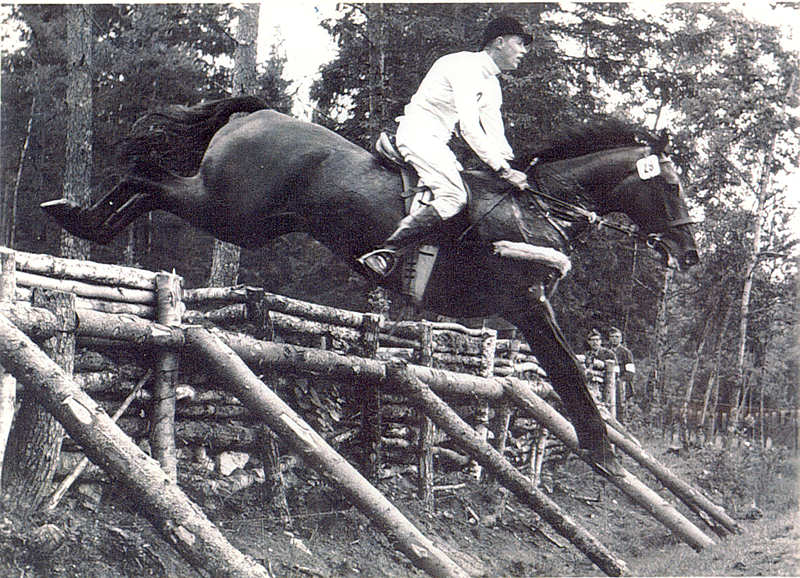 "Cilroy" and John Rumble over the 33rd and last fence in the cross country phase D which was 4.7 miles long and was part of a total 23 mile endurance test.
The spread of the ditch on landing was 8'2"

The first ever CPC rally in Montebello, Quebec., Quiz,Show Jumping

Many lifelong friends who are still very close.