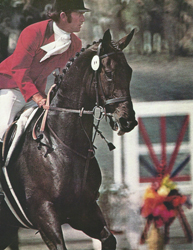 Helped form the "King Pony Club" which we dissolved in order to take over the "Eglinton Pony Club" which is still located at our facility "King Equestrian Club". Have lectured and helped kids at National level. Believe it or not I was a "Stable Judge" at one of the rallies! 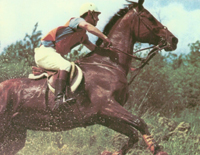 I graduated from grade 12 and spent the next two years at Ryerson completing a business course. I then decided I wanted to fly for a career and spent the next three years at Seneca College and graduated from the Aviation and Flight Technology Course with a Multi engine IFR commercial licence. I flew DC 3's and Cansols in the Hudsons Bay and Hudsons Strait area in Northern Ontario. Valued my life and so I came back to the Toronto area and became an Air Traffic Controller for the next twenty years. This is when a good friend offered to back me with the horses. I took the offer and here I am running the King Equestrian Club and the Eglinton Pony Club!

In 1990 my wife Kathi and I formed the "King Equestrian Club". The "Eglinton Pony Club" and the "Wall of Fame" are located at our farm. We do lessons, shows, and camps.

I am asked many times why join the "Pony Club"? My answer - "If you want to just be a rider, then don't join. But if you want to be a "Horseman (person)" then the Pony Club is what you want. The Pony Club teaches a person horsemanship!

The best years of my life were with the Eglinton Pony Club. The friends you made, the horses I rode, the places we went - what a trip! Even to this day, I still meet these friends at horse shows and favours would be welcomed. Thanks "Pony Club". It's been fun!